Until recently, fledgling businesses in Australia could only access finance through two core channels – debt funding through banks or venture capital / angel funding (an affluent individual who provides capital for a business start-up). Fortunately, that’s not the case anymore. The recent crowdfunding legislation passed by the Senate enabled hundreds of Australian businesses to crowdsource up to $5 million a year from retail investors in return for equity in their company. The legislation caps the investment at $10,000 per investor and is regulated. 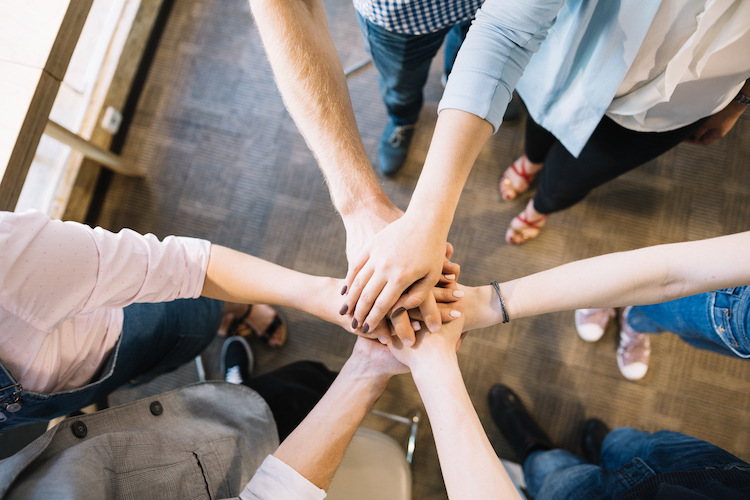 Did you know that in 2015–16, between 21 and 27 per cent of innovation-active SMEs reported lack of additional funds as a barrier to innovation? (p.101, Australian Innovation System Report 2017).

One of the earliest examples of crowdfunding is the Statue of Liberty that continues to stand on the pedestal funded by America’s first major crowdfunding campaign. Joseph Pulitzer launched the campaign in 1876 through the popular newspaper, the New York World, and raised $101,091 from 160,000 donors in just five months!

In more recent times, a report by Massolutions defined crowdfunding as “any kind of capital formation where both funding needs and funding purposes are communicated broadly, via an open call, in a forum where the call can be evaluated by a large group of individuals, the crowd, generally taking place on the Internet.”

Speaking broadly, four different types of crowdfunding can be identified:

Equity crowdfunding enables companies to raise cash by issuing equity to individuals who get a chance to diversify their investments by owning a piece of a business they believe in. As a result, crowdfunding has emerged as an attractive alternative to traditional funding for SMEs and startups who are looking for small cash injections to invest in their business.

In Australia, the latest legislative regime allows publicly unlisted companies with less than $25m in annual revenue and assets to issue shares via platforms like Equitise, to raise up to $5 million in any 12-month period.

The latest to jump on the crowdfunding bandwagon, Australia’s very first borrower-friendly online mortgage marketplace, HashChing, is looking to raise up to $5 million by the end of June via crowdfunding.

HashChing has partnered with equity crowdfunding platform Equitise to issue its first round of shares to interested investors in a bid to maintain its position as an independent entity in the mortgage market, free from the influence of any bank. “Unlike many other online mortgage platforms [that] are backed by a lender, we are and will continue to stand separate from the banks,” remarks Mandeep Sodhi, CEO HashChing.

Since its inception in 2015, HashChing has settled home loans worth [$880 million] for over 40,000 borrowers. Using sophisticated algorithms and artificial intelligence, HashChing has ushered the concept of on-demand service in the mortgage industry which was previously unheard of in the sector. In addition to offering competitive home loan deals and quick, efficient and transparent customer services to its clients, the company provides a sophisticated dashboard to mortgage brokers to manage leads and monitor their performance. The company currently has 700 mortgage brokers on its panel. To ensure transparency, brokers need to maintain a minimum user rating of 4/5 to continue receiving leads via HashChing.

According to Equitize co-founder Chris Gilbert, “The HashChing platform provides Australians with far greater transparency to the mortgage broking industry via its intuitive and transparent online marketplace.”

Indeed, in less than three years, HashChing has turned the mortgage industry on its head with its model to “put more money back into the pockets of homeowners, and not the banks.” Mr Sodhi says that this crowd-funding opportunity is an “extension” of that vision and the company will use the fresh capital to increase brand awareness, introduce new technology and expand the team.

“We want our customers to become shareholders in HashChing and help us deliver the simple and effective end-to-end home-loan journey that Australia is currently lacking,” adds Mr Sodhi. He reveals that the company has some exciting products in the pipeline, including its own white label loans.

Currently, HashChing is inviting consumers to own a small piece of HashChinganyone to make an investment in the company with a minimum investment of $250, worth 200 shares. The offer is open to public on the Equitise platform until 5pm (AEST) on 15 June 2018.

Read more about the offer here to partner with one of Australia’s fastest growing fintech companies that keeps its customers’ interests first.

Disclaimer: Like any investment, Crowd-Sourced Funding (CSF) is risky. Investors may lose their money and the business may not achieve its objectives. You should consider the CSF offer document and the general CSF risk warning contained in the offer document in deciding whether to apply under the offer.

HashChing is helping Australians access to home loan deals. Obligation free consultation with one of our partner brokers might save you time, hassle and money.